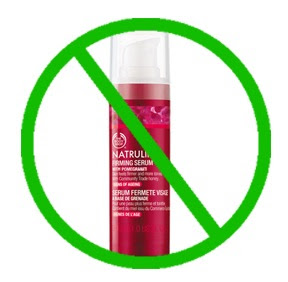 According to the Tenth Edition of the concise Oxford English Dictionary, greenwashing is defined as “Disinformation disseminated by an organization so as to present an environmentally responsible public image.”[1] Armed with this definition, authors Debapratim Purkayastha and Rajiv Fernando, in their article ‘The Body Shop: Social Responsibility or Sustained Greenwashing?’, look at the debate surrounding The Body Shop and recent controversies surrounding the company’s mission statement which states that “we will operate our business with a strong commitment to the well being of our fellow humans and the preservation of the planet.”[2] Reviewing their article and others, it seems clear that The Body Shop has intentionally misled consumers with regard to its products, its values, and its goals.

In March of 2006, The Body Shop International Plc made a made an announcement that it was to be acquired by L’Oreal SA.[3] This decision came as a surprise to many who viewed The Body Shop as “one of the pioneers of modern corporate social responsibility (CSR).”[4] In contrast L’Oreal is seen as “the face of modern consumerism” and criticized as “a company that tested its cosmetics on animals, exploited the sexuality of women, and sold their products by making women feel insecure.”[5] Additionally, Nestle, “one of the most boycotted companies in the world for its alleged unethical business practices and aggressive promotion of baby milk in developing countries”, owns 26% of L’Oreal.[6] Critics of the acquisition and specifically of founder Anita Roddick felt “betrayed”[7] by the deal and found it hypocritical that the once vocal critic of L’Oreal (Roddick) was now climbing in bed with the companies that The Body Shop was supposed to be the alternative against. At the time, some believed that The Body Shop “would not be able to function independently and that an important partner in CSR had been lost.”[8] Others, including Anita Roddick, insisted that The Body Shop’s “values would rub in on L’Oreal and believed that the deal had some positives.”[9]

In addition to being regarded as one of the first firms in the world to publish proper reporting on its social responsibilities, The Body Shop was also known for its policies against animal testing, supporting community trade, improving self-esteem, defending human rights, and protecting the planet among others.[10] Despite this laundry list of responsible policies and stances that were sometimes very against industry norms, The Body Shop has not had its critics. Since the 90’s business ethics expert Jon Entine has been a fierce critic of The Body Shop. Entine would often criticism the company that they preyed “on the idealism of consumers, while not being any different from other companies in their pursuit of profit.”[11] As far back as 1994, Entine has been reporting that “Charity Commission for England and Wales records did not show any charitable contributions from the company in its first 11 years of operation. In the subsequent years, its contribution to charity was less than 1.5 percent of pretax profits (which was the average contribution made by US corporates).”[12] Entine also claimed that The Body Shop misled the public by claiming that its products were natural. He alleged that there was “extensive use of petrochemicals in the preparation of Body Shop’s products. He quoted many ex-employees who had claimed that the stories put out to customers about various products were totally fabricated. He even cited the fact that Roddick herself had likened the operations at Body Shop to a “dysfunctional coffin”.[13] By 1998, McSpotlight and Greenpeace UK had joined the ranks of critics. These organizations put forth that The Body Shop “exploited the public by championing various agendas while it was actually more similar to other corporate entities. They said that Body Shop’s products were not natural, but had been synthesized and produced. Though the company claimed that it was against animal testing, its products contained ingredients that had been tested on animals by other companies.”[14]
Critics also dismissed the company’s CTP as a mere marketing ploy as it accounted for less than one percent of sales of Body Shop products. Body Shop was also accused of paying exploitative wages and having an anti-trade union stance. Its CTP was also viewed as patronizing and was said to have created tensions and divisions within indigenous communities and undermined self-sufficiency and self-dependence. McSpotlight accused Body Shop of marketing products by making people feel insecure about their looks, in the same way that other firms used to sell their personal care products. McSpotlight cited the company’s “Love Your Body” campaign as an example. Some critics pointed out that the visual on the home page of Body Shop was no different from the idealized body images of beauty as projected by the cosmetics industry. The company was also accused of being very aggressive in its response to any form of criticism and allegedly tried to intimidate its critics through invectives and/or lawsuits.[15]

Despite these criticisms, Roddick’s The Body Shop continued to grow. When news of the acquisition by L’Oreal became public, these criticisms only got louder. In contrast to The Body Shop, L’Oreal did not “deny that it used animal testing for cosmetics.”[16] Naturewatch, an organization that campaigns against animal cruelty,[17] said that “We feel that the Body Shop has ‘sold out’ and is not standing by its principles.”[18] In the weeks that followed, organizations began reevaluating their rankings and confidences in The Body Shop.

Proving that a company is ‘greenwashing’ is far from easy. If the misinformation is a lie then the company runs the risk of false advertising and the real possibility of lawsuits. Greenwashing can be factually inaccurate and perhaps even privy to lawsuits but it is oftentimes harder to prove. In the case of The Body Shop, all the criticism over its practices does not seem to have affected its bottom line for the long-term. For many critics and ‘betrayed’ consumers, The Body Shop’s sale to L’Oreal was not a revolution, it was not a vindication against greenwashing or even a backlash against a company that seems to have had little desire to use its unique position in the industry to affect a lasting change in global consumer culture. For many, The Body Shop’s decision to be taken over by L’Oreal is, as Debapratim Purkayastha and Rajiv Fernando describe, a vindication of the view of critics for decades, that The Body Shop has “always been a greenwasher,”[22] and a poor corporate citizen.

Want To Increase Your ClickBank Banner Traffic And Commissions?